Free Membership includes - Discounts$$. We hope you come back because we are hosting a monthly meeting on the first Monday of each month, so bring a friend or tell someone where they can meet up for a good smoke and great conversation!

If you are new to pipes or want to start, or if you are a veteran smoker, and want to see what's new, join our new Pipe Club, today. 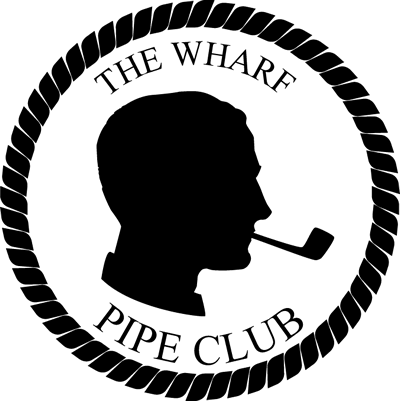 The History of Pipes

Since history began man has attempted to smoke various burning herbs in different ways, but the first appearance of the pipe, functioning on the principle of the familiar briar, is a matter for conjecture.

The earliest known pipes have been discovered in the Neolithic barrows of the Mississippi valley, and were made of porphyritic and other hard stone, tubular in shape or consisting of a tube with a central bowl. Many of these pipes, are over 5000 years old.

The Maya tribes, who migrated from North America to the Yucatan peninsula and other parts of Mexico before the Christian era, have left in their stone carvings representations of priests smoking pipes of a similar design-a design not far removed from the modern American Indians' calumet, or pipe of peace. Excavations in many parts of Europe have led to the discovery of iron and earthenware pipes, used for smoking herbs other than tobacco, which was only introduced into the " Old World " in the sixteenth century, while many of these finds are attributed to the first and second centuries A.D.

The first Europeans to smoke tobacco pipes were sailors of the Columbus expedition and those of other navigators of the time such as Vespucci and Magellan, who, having adopted the habit from the Indians, brought home with them calumets and tobacco. The custom and " the weed " spread from Spain and Portugal to France- where it was introduced by the French ambassador to the Portuguese court, Jean Nicot, whose name is perpetuated in the plant's botanical name, Nicotiana Tabacum.

From France it spread to the Low Countries and thence to Britain.

The pipe found its greatest vogue in the nineteenth century, when some of the most beautiful specimens were made and this vogue grew as the century advanced becoming quite a cult with our Victorian grandfathers.

The materials used for making pipes were many and varied-the main reason for their selection being suitability- but there were cases when the only substances available at the time and place were used.

The Neolithic stone pipes have already been mentioned. While these were made of hard stone, a softer type of rock was used until quite recently, to make pipe bowls, in Palestine.

Glass has been used from time to time, and the best known specimens were produced in the first half of the nineteenth century at the Bristol and Nailsea works, in all the delightful shades for which these factories were noted.

Corn-cobs suitably dried and toasted, fitted with a short straight stem of wood or cork and a bone mouthpiece, have enjoyed long popularity in the United States.

Calabash, which is a fruit of the gourd family, has been used for making bowls and was much smoked in this country during the 30 or 40 years preceding the first world war. The rim of the pipe and the end of the stem, where it adjoins the curved amber or ebonite mouthpiece, were generally protected by a silver band and the pipes can be dated from the hallmark carried by the silver.

Early in the nineteenth century, a Budapest shoemaker is supposed to have discovered the process of waxing a mineral white in color, soft, chemically a silicate of magnesia, quarried mostly in Asia Minor and known as " meerschaum" (a German word meaning sea-froth) because of its light weight.

The next material-clay is the one that has been most universally used, for the longest period. The first tobacco pipes made in this country were of clay and from the sixteenth century to this day " the clay" has continually been produced.

The favorite material for wood is, of course, the briar root. This plant is not the wild rose or briar but a low shrub (Erica arborea), which grows in many Mediterranean countries. Cherry-wood ranks second in popularity amongst wooden pipes and the rough-looking bowls on which the bark has been left have a charm of their own. Beech, elm and bog- oak too have been used, and during the late war a pipe factory at Marsa in Malta, when the supply of briar was exhausted, turned some very fine pipes out of oak. Rosewood too has occasionally been used and these pipes are said to impart to the tobacco a fragrance unlike that of any others.